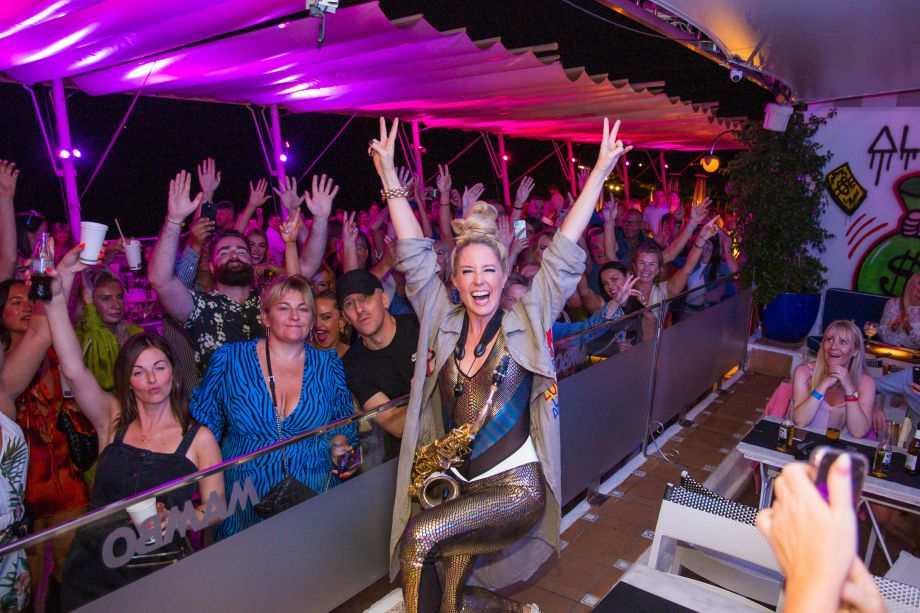 It’s not something that often gets talked about in Ibiza but sometimes, not very often, occasionally… it rains. And when it rains in Ibiza, it’s not just a bit of lifeless drizzle, it’s a full on, cataclysmic downpour that’s usually accompanied by electric bright flashes of lightning and deep rumbles of thunder. In other words, even the rainstorms on the white isle are dramatic and entertaining. This island just can’t help itself.

Which is exactly why this Monday past, when everyone’s favourite power couple Lovely Laura and Ben Santiago took their rightful place back in the hallowed Mambo booth, the crowds turned out in spite of the weather. Did the heavens open beforehand? Yes. Were spirits dampened? Not a chance. If anything, the rare appearance of white isle rain seemed to super charge this particular audience, giving them more rocket fuel than ever. 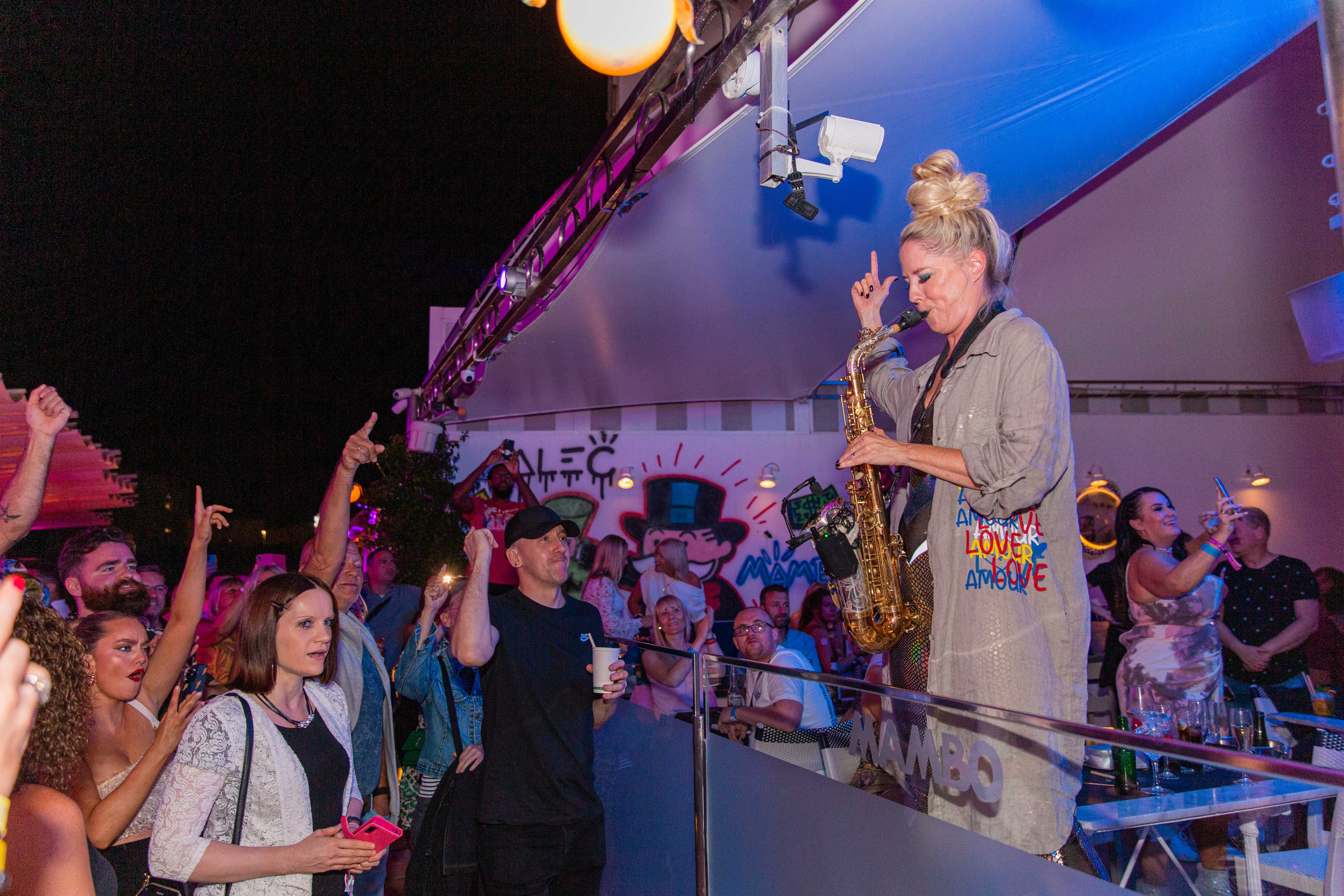 It helps of course, that there’s no more charming pair in music than Lovely Laura and Ben Santiago. They’ve been married for years and working together for just as long, which means there’s a synchronicity to their performances that just works. It’s like watching poetry in motion. And in the face of raw talent like Lovely Laura’s, it’s hard not to be awestruck, especially with the sound of thunder rolling in the distance, echoing the soulful tones of the saxophone. 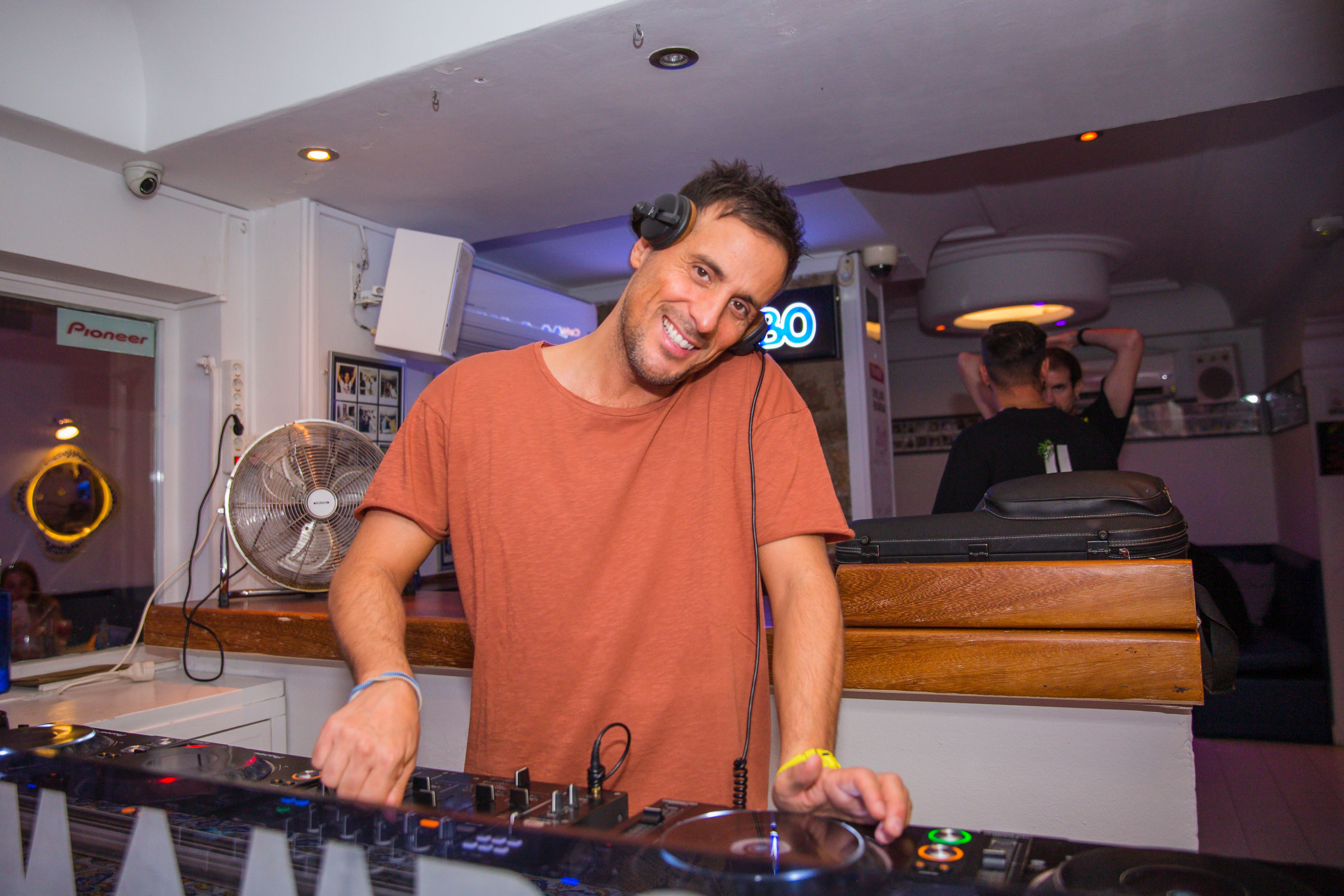 As is traditional, the duo treated the Mambo faithful to a house music set that seamlessly flicked from one iconic tune to the next, featuring classics, mashups and everything in between. But the biggest cheer of the night was inevitably reserved for Laura’s unbelievable improvised take on Changes by Faul, Wad Ad vs Pnau, showcasing the kind of skills that mere mortals can merely dream of. 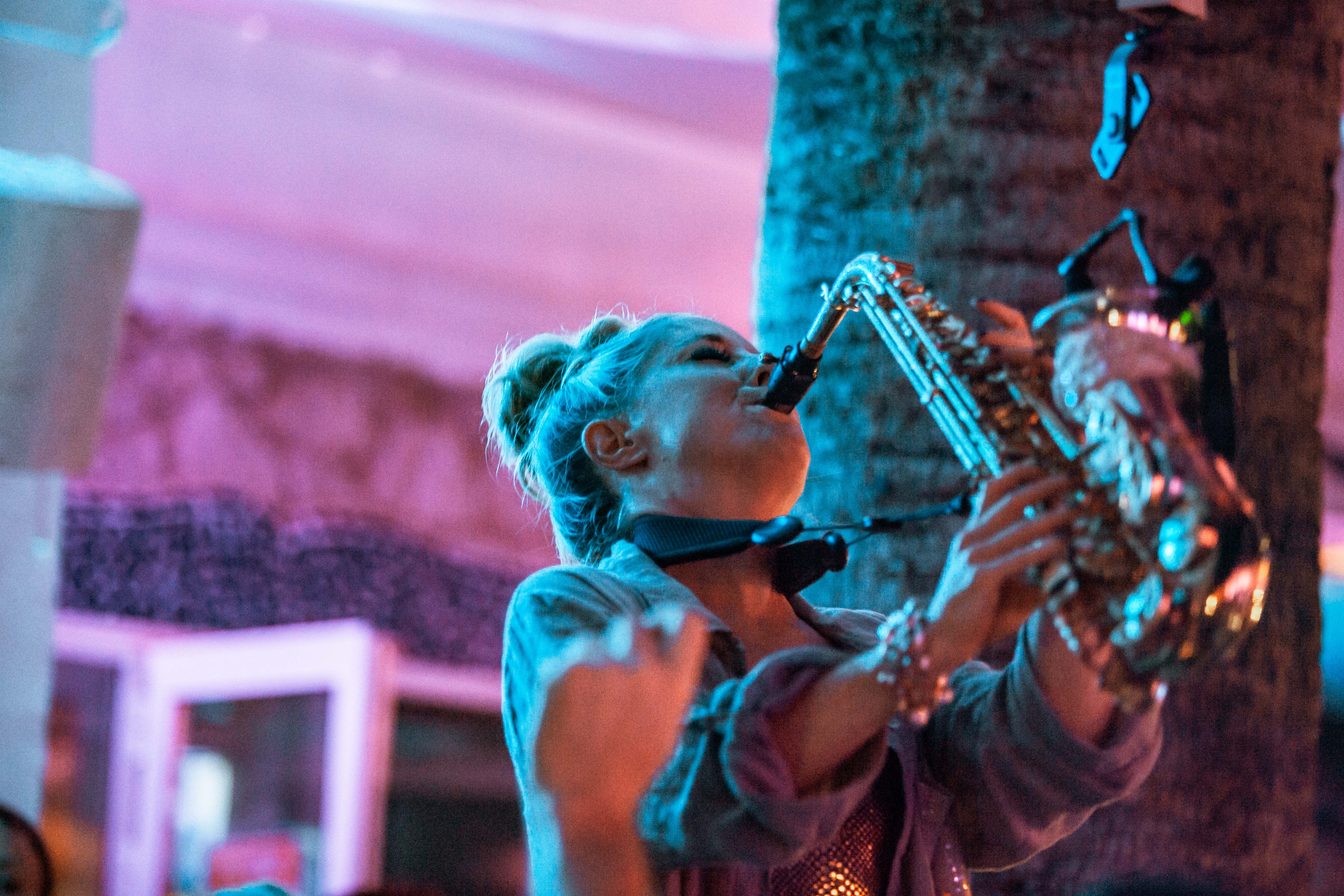 Hats off to our longest standing resident, Jason Bye, on support duties, and Paul Darey who made sure the party went on long into the cloud-soaked night.

Don’t forget that Ibiza never really stops and this winter, we’ll be taking Mambo on tour across multiple European cities. Lovely Laura and Ben Santiago are already signed up for the ride, so keep an eye on our socials to find out where you can catch them next. Till then, bikinis and brollies at the ready.